The Great Australian Red is a wine competition created by Matthew Jukes and Tyson Stelzer to recognise and celebrate the blend that defines Australia: cabernet sauvignon and shiraz.

The cabernet shiraz blend is Australia’s definitive wine style, its only unique and ageworthy flagbearer to stand confidently alongside the benchmark red wines of Bordeaux, Burgundy, the Rhône, Piedmont, Tuscany and California.

Judged every year since its inauguration in 2006, the competition is highly regarded in wine circles domestically and internationally as one of Australia’s key specialist wine shows.

The Great Australian Red is judged in a uniquely rigorous manner. Two panels of six judges (no associates) each assess the same wines simultaneously. The two panel chairs then compare notes with the chairman (who also tastes every wine) and come to a consensus on medals.

Each year, the twelve judges and chairman are selected from Australia’s most influential and important winemakers, wine writers, wine retailers, sommeliers and agents, alongside international judges from the UK. 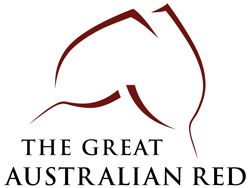 Great work you are doing, and carry on the great work. Push this idea, because I still think in my heart that when you get the best of cabernet and the best of shiraz – not the second, third or fourth cab off the rank – you can blend beautifully. This competition certainly is something that I am very supportive of. I think it is wonderful that you are doing this.

This is a brilliant idea.

We have long sang the virtues of The Great Australian Red competition and it has become not only an integral part of the Australian wine competition circuit but without doubt one of the most ‘important’ for the identity of Australian style wines.

When two of the leading wine critics in the world Matthew Jukes [UK] and Tyson Stelzer [AUS] come out with such a statement then you know that the wine is special. When other leading judges concur then it’s truly exceptional.

Tyson and Matthew were not alone, with some of Australia’s wine royalty giving up their time to judge and show support for The Great Australian Red concept.

It is fantastic recognition to win such a prestigious award, judged by Australian and international judges.